Getting bored out of your monotonous life? Why don’t you try some role-playing games? RPG games are very popular as they offer you a whole new world to live in; virtually of course! You get into the main character and fight for your life and integrity in these kinds of games. We have gathered some of the best free RPG games for Android right below…

Check out Best Free RPG Games for Android in 2018

If you are a gaming enthusiast, then you must have heard of Doom and Destiny. The Advanced version is just a spin-off, prequel to the original one. Almost all of the main game’s characters are same as that of the previous one but this one offers a way different storyline. The game has over 15 hours of content and new content is added for free in the regular basis. With dungeons, weapons, and monsters, it certainly proves itself as one of the best free RPG games for Android. 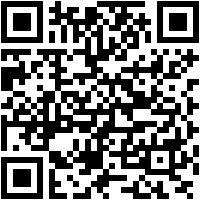 One of the most awaited RPG games of all times, Persona 5 was certainly worth the delayed waiting period. Set around modern Tokyo, your aim is to get into dungeons to fight corrupt individuals. But the realistic approach of the game which includes attending school, hanging out with friends and taking up jobs etc. make it a popular choice among teens. 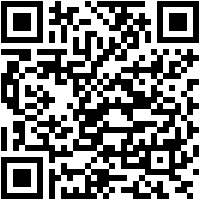 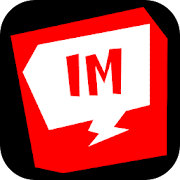 The king of all RPG games has to be the Final Fantasy series. Every game enthusiast must have played at least one of the versions of this thrilling RPG game for Android. The perfect blend of medieval and sci-fi fantasy, this game series is worth every penny. Though the game series is not free yet you will surely not regret playing this amazing game. Do check out our article on games like Final Fantasy tactics to get a better collection of similar games.

It is actually a spin-off of other popular RPG games like Final Fantasy, Diablo and the Legend of Zelda. But with several plots and adventures, it will keep you hooked to the mobile for long. The one thing that makes the game stand out is the fact that it is an evolving game; in terms of colors and graphics. The game starts with 2D characters and reaches a 3D HD graphics set by the time you get to the top levels.

The guide App for Evoland is Free but you need to Buy Actual game. 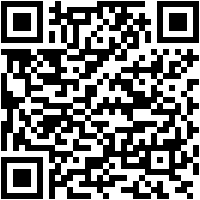 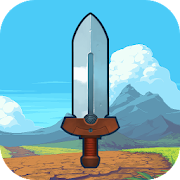 If you love classic RPG games, then this is the one for you. The original one was developed back in 1980s but this one is a remake of that with better graphics and plots. The comic touch makes it stand out of the crowd and the quirky plots just get better with increasing levels. There are various in-app purchases that make the game more interesting and fun to play.

Quite a funny game in the list of best free RPG games for Android, Pocket Mortys has got two main characters, Rick and Mortys. Rick is working in his garage when Mysterious Rick lands in the garage and takes him up for a Mortys battle with the council of six Ricks. Though it might sound childish, this twisted take on Pokemon type games is fun.

A great collection of four entertaining games namely; Baldur’s Gate, Baldur’s Gate II, Icewind Dale, and Planescape: Torment the Beamdog games are famous for their long storylines. But don’t mistake the long storylines to be boring, they are quite engaging. The deep and complex plots of the games are old school RPGs that are bound to take your breath away.

Listed among the best Android RPG games of all times, the Dragon Quest support a number of platforms. Set on a quest to save the world from different evil forces, the hero also gets the support of various party members. The first version of the game was launched back in the year 1986. It launched its 11th version in July last year. The popularity of the game grew so high that several spinoffs of Dragon Quest were developed later.

Popular RPG game developer Nintendo blessed gamers with Fire Emblem Heroes in February 2017. It is one of the latest addition to the list of best RPG games for Android. In this tactical role-playing game, you can form a team of less than or equal to four members. You have to fight off several enemy groups by creating disadvantageous groupings of the enemy members with the help of strategical positioning on the map. Though the game is free for download, it has got in-app purchases to power-up your team.

The Legend of Zelda:

Breath of the Wild: Open world game designs have always proved to be more exciting and engaging than other types. In the Legend of Zelda: Breath of the Wild, you can dive into a journey of self-discovery. Amazing plots, undiscovered shrines, unexpected twists and turns make the world of Hyrule a riveting to the world to discover. You can literally go anywhere and come across new backdrops; that’s the plus point of an open world game like The Legend of Zelda.

Knights of Pen and Paper:

Does the name appear a bit out of the box to you? Well, even the game is as unique as its name. You will play the role of warriors in the RPG world and control your own characters. You can also take the role of the dungeon master. There is also a +1 edition of the game with added content.

Yet another valued addition to the list of the best free RPG games for Android is Pixel Dungeon. The game might look easy but as you start playing and moving into higher levels you will realize that it is more on the complex side. The game has got several spin-offs and they are equally good.

RPG games can never go out of trend. Lose yourself in the virtual world of the above-mentioned games and do give us your valuable comments or reviews.

Top CCleaner Alternatives in 2019 For Window & Mac [ Only Working ]

There is no doubt about the popularity of CCleaner used as a system cleaning tool for Windows. But since it...